Would you like to grow your vegetables in hot beds?

What is a hot bed? 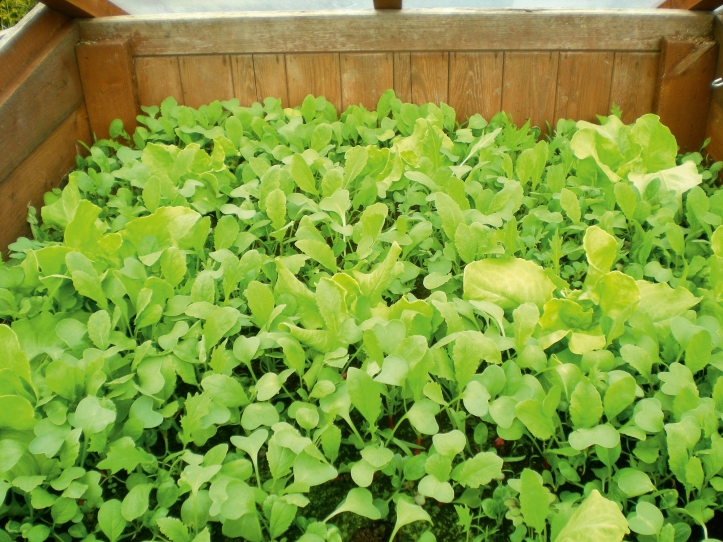 A hot bed is a warmed protected environment, created by heat generated from decomposing organic matter, used for growing crops months earlier than usual. The traditional material used to create a hot bed is horse manure, but you can use other materials such as leaves, straw, wool or even old clothes.

How does it work? 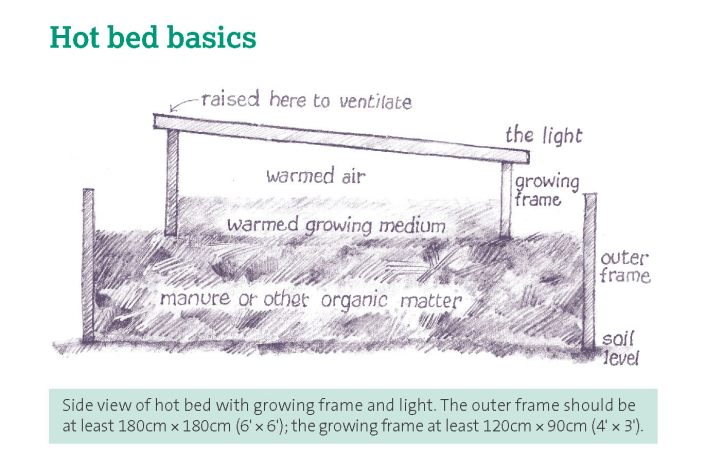 When decomposing organic matter is stacked high, the microorganisms that feed on it produce heat. For example, fresh horse manure will within a week or two attain a temperature of 65 °C. When the microbes’ food supply provided by the manure runs out, the heat gradually fades. At this point (usually in spring) earthworms usually enter the hot bed and aerate it. You can use a hot bed to grow vegetables in the long cold months from January to March.

It has always been problematic to grow early crops in a temperate climate. In ancient Rome, the gardeners of one of the emperors were faced with a seemingly impossible task- growing salad leaves out of season. It is those poor stressed gardeners who created the first hot beds. They technique has been tried and tested for two thousand years!

To learn more about how to grow vegetables in hot beds, have a look at Jack First’s book Hot Beds: How to grow early crops using an age-old technique . Jack First has pioneered the hot beds method in the United Kingdom and he has tried and fully tested all the methods described in his book. His hot beds have been featured on BBC TV’s Gardeners’ World.

If you want super-early crops without the hassle and expense of a heated greenhouse, look no further than Hot Beds by Jack First. A must-read if you’d like to pursue a low-cost, eco-friendly approach to out-of-season crops. –Grow Your Own

Jack is a fount of knowledge and the expert on hot beds– Joe Swift, garden designer and TV presenter

The image of the aqueduct comes from Pixabay. All other images and text come from Jack First’s  Hot Beds: How to grow early crops using an age-old technique .

Happy Earth Day 🌍 What is a forest garden? Which are the main countries exporting cut flowers? Test your eco-knowledge in our Earth Day quiz on our blog:
The Big Issue tackles climate change - the biggest issue of all. In honour of Earth Day Big Issue spoke to Greta Thunberg about the climate crisis. @BigIssueUK
Loved our Shiitake recipe last week? Learn how to grow them in today's blog post, an extract from Folko Kullmann's 'Grow Your Own Mushrooms'!
Don't forget to enter our giveaway 3 posts ago for your chance to win a copy of Folko Kullmann's 'Grow Your Own Mushrooms'! 🍄 Available online and at all good bookstores.
Loading Comments...
Comment
×
<span>%d</span> bloggers like this: